What started as a self-funded project became a platform that drew 2.5 million visitors a month.

This led to the creation of PickFu, a do-it-yourself online platform that unlocks powerful consumer research at your fingertips.

Justin Chen, the co-founder of Menuism and PickFu and a 15-year serial entrepreneur, explains: 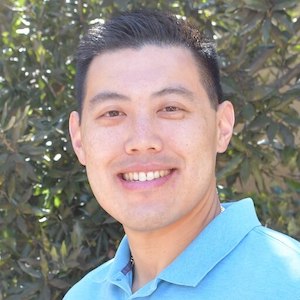 From Engineer to Self-Funded Entrepreneur

Despite a cushy corporate job at HP, Justin, an engineer by trade, always had an entrepreneurial itch.

It wasn’t long before he and his friend and future business partner, John Li, met up to brainstorm ideas for a business and Menuism was born. Its goal was to digitize menus and make them accessible online.

A Successful Business Is Born

As Menuism picked up steam, Justin created PickFu out of necessity.

While working on the redesign for Menuism, Justin and his team couldn’t decide on which layout to choose.

So, they decided to build a tool called PickFu to crowdsource the decision.

“We used the tool to immediately decide on which design to go with for Menuism, and that’s how PickFu was started. This has really helped me as a colorblind engineer. When no one respects my design decisions, we can outsource it and get an objective opinion on it.”

PickFu allows users to run super-simple polls, ask questions and suggest options on elements such as design layouts, book titles and covers, and more. In just minutes, you can crowdsource hundreds of opinions from people in your target audience.

People vote and explain why they chose that option. This way, you get feedback from what could potentially be future customers.

“I wrote the code for PickFu in 2008, so it’s actually been around for a long time but we only realized it really had legs quite recently. We just left it there and updated it from time to time as we needed. But it really started to pick up traction with the popularity of the Lean Startup Movement as people were doing more idea validation and trying to get quantitative data on the decisions they were making.

We found some self-publishing authors who were testing their book titles and covers and that’s when it really clicked in our head that there’s applications for very specific industries. Before, it was hard to market as a general purpose tool, but once we started changing the conversation we found a way to get the most value out of PickFu.”

This was also when Justin learned about the power of feedback.

The Importance of Feedback

Feedback is invaluable for businesses because people need help with the decisions they are making. They also need their ideas to be validated. That’s why PickFu was designed to be self-explanatory and easy for everyone to use.

“Feedback is always good, but there’s a good way and a bad way to ask for feedback,” says Justin.

In fact, asking the wrong questions can lead to inaccurate results.

The key is asking for feedback appropriately.

So how do you ask for feedback?

1. Keep it as simple and non-specific as possible.

Provide some context where necessary, but keep in mind that people are often influenced when faced with a leading question.

2. Don’t test too many variations at once.

Instead of asking for feedback on several things at once, it’s significantly better to test one small change at a time for the best results.

Test Against the Best

PickFu soon expanded from self-publishing authors looking for ideas for book titles and covers to gaming companies and then eCommerce, the latter being a booming sector.

“People selling online are our biggest segment right now as they get to test their product concepts early on and finalize their purchases from their manufacturers. If you’re going to spend $50,000 on inventory, you want to make sure that people are going to buy it and that it compares well against your competitors.”

Competition on a platform like Amazon, for example, is huge.

So, testing your product concept against the category leader is really important.

Many things can be tested before going live, and this feedback will help your click-through rates and your conversion rates. Also, it will resonate better with your prospects.

Why Communication Is Key

Entrepreneurs should get feedback at all stages of their product life cycle.

A product life cycle has a number of stages, including:

Customer feedback is incredibly important and a philosophy that Justin’s team takes to heart.

“We’re always open to talk to our customers because you should always get feedback from them. We also invite people to schedule calls with us and try to connect with our customers as much as possible to gather feedback continuously about the product,” he says.

Try to perform customer development all the time, whenever the opportunity exists. Make sure to have a dialogue with your customers.

Sometimes it’s easy to lose sight of the people you’re talking to or serving. Yet, they’re the people your whole company is built around and for.

Make sure you have processes in place, even if you’re not in a typical role where you’re interfacing with customers, that you have that opportunity or you set up opportunities to do that.

Justin ends off by giving some of his key takeaways for millennial entrepreneurs building their businesses and moving forward.

“I think as young entrepreneurs, you expect an immediate outcome because you’ve poured a lot of effort into whatever it is. If it’s not an instant success, it’s a failure in many entrepreneurs’ eyes. But you have to have the patience to allow things to marinate,” he says.

For those looking to make the leap from corporate to 7-figure entrepreneur, Justin advises evaluating your situation.

“Think about the worst-case scenario. Could you recover from that? If you can, then making the jump could actually be a viable option.”

Persistence is also important to know that you’re working on the right things in the right direction.

It’s the accumulation of all those small steps. It’s habit building.

You can’t do everything at once. And the same rule applies to building a business.

Success is an accumulation of small decisions you have to make. As long as you’re going in the right direction, you just have to keep at it.

Being patient and persistent over time is powerful. So, don’t stop doing what you’re doing.

For more information, visit PickFu.com or get in touch directly with Justin at justin@pickfu.com.

Where To Find Out More About Justin